All those in favour of the “holidays” being over, raise your hand!

I’m ready to get back into a more normal flow of things and have been for a few days.

The decompression of one’s normalcy during the holiday season through to the New Year, starts out favourable, then it can bottom out.

That lack of consistency of a routine has hit a saturation point when it comes to sleeping, waking, eating, coming and going.

The starter’s gun went off on January 1st, yet it feels like someone fouled at the line and we are in a holding pattern to really get going, until the 4th or 5th of the month.  When collectively the world around us gets back on the field.

I’m ready to get on with it.

I’m ready to put things back where they belong and move forward. 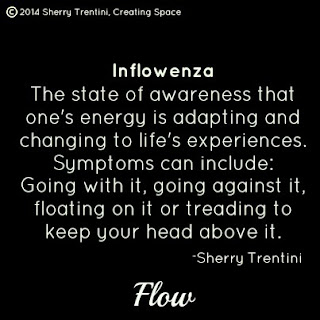 Inflowenza:  The state of awareness that one’s energy is adapting and changing to life’s experiences.  Symptoms can include:  Going with it, going against it, floating on it or treading your head above it.

Feeling that sense of eagerness to get on with whatever moves your spirit is what fuels motivation.

While revamping my space I came across a few fun things in my archives.  I’m not certain what my source of motivation was, but I quite like what I’ve jotted down. 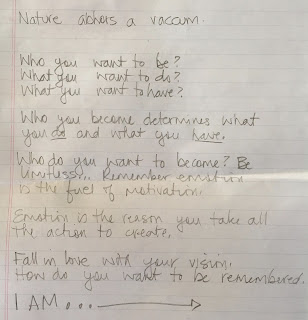 Who you want to be?

What you want to do?

What you want to have?

Who you become determines what you do and what you have.

Who do you want to become?  Be limitless…Remember emotion is the fuel of motivation.

Emotion is the reason you take all the action to create.

Fall in love with your vision.

How do you want to be remembered.

This morning over coffee I really focused my energy on my Power or Theme word for 2016.  I’ve noticed that there many people are calling this year ‘Sweet 16’.

I loved turning 16.  It was pivotal.  The year I got my driving license and my first car.  Which expanded my independence and had me driving towards adulthood, (rather quickly at times with music blaring).

When I thought about what that felt like back in the day, and thought about the whole energy around turning and being 16, the word that came to my mind was “liberating“.

What would it feel like to have a liberating year in 2016?

What word would encapsulate that feeling of driving with music blaring?

3 sets of words came to mind:

All great sets of words.

The one I kept coming back to is… 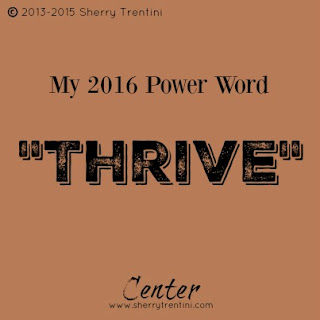 Thrive may rhyme with drive, and since I was channelling my 16th year energy there may be an emotional connection.  However, truth be told, as I shared in my last email to subscribers, I shared that 2015 was a curvy year, the learning kind.  I’m ready to use that as a foundation of my personal growth and enhancement and compost it.

Building on what I learned about myself and others.

Building on my ability to be fluid from 2014

Building on my ability to be fluent from 2015.

Sweet 2016 is my year to plant in that very fertile soil of the past and nurture a robust garden of delights.

Thrive is defined online by:

And when I think of those definitions and the energy that burbles up when I think about how the word applies and its many applications to my life as a whole.  It looks like a starburst firework over my bagua! 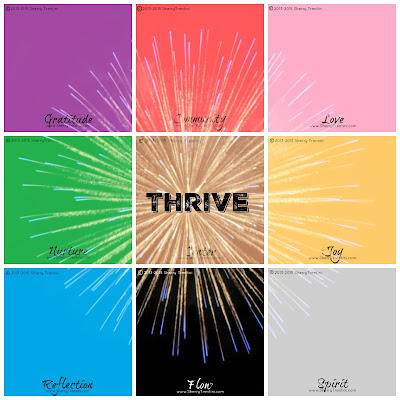 I decided to feel what it would feel like to have:

Having Lived 2016 in a Thriving Energy,

as if I had already achieved it at December 31st.

Un-clicks Seatbelt and gets out of the car to a

I plunked down from Exhilaration!

I AM FEELING THRIVE ENERGY!

What word gets your engine going for 2016?

Or do you need a word that supports you slowing down, pulling over, being a passenger?

I use cookies to customize content and give you the best experience possible. If you continue to use my site, I'll assume you're happy with it :) Find out more.