Give Yourself an “A” 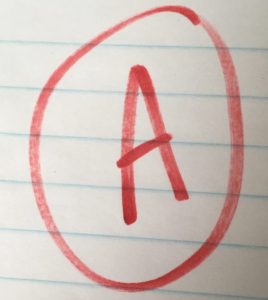 Things have changed a lot since I’ve been in the classroom and letter grades are not as commonplace as they once were.  However, the significance of getting the Grade “A” still lives on.

In this book “The Art of Possibility“, Benjamin Zander shares how he would start each term by giving his students a blank piece of paper, on which the student was to write themselves a letter about how they successfully received an “A” in the class.  He shares stories from his student’s immensely positive experience doing so, and how impactful that exercise was in their success. 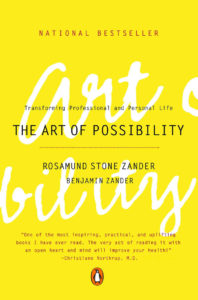 How do “A” students differ?  What would your answer be to that question?  We all will have pre-conceived ideas and beliefs about what makes an A student.  We all would have thoughts on how they act and how they spend their time, how they approach the subject, how they prepare for the class and we all would have our own idea about what it would both feel like and mean to them to get that A.

Why would this make a difference?  Essentially it is scripting the outcome.  Writing the letter is done by each student and just as any goal that you wish to achieve there is more power, connection and intention when we write it out in our own words.  Without effort we would already have conjured up the feeling of getting the “A”, because the letter is written from a place of having received it already.

How does it work outside of a classroom?  Just as above if there is a goal you wish to accomplish my go to invitation to people is to write it out as if it has already happened.  Using all the feels that you can include to describe and express the success.  When we can foresee and visualize ourselves achieving our goal we benefit from using all of our senses to describe the experience.  What did it feel like the moment it happened, who was there with you, or who did you tell first (describe the phone call or text or other means you used to deliver the news), where were you when it came to be, what were you wearing, what were you feeling, what were the smells you smelled and so on. 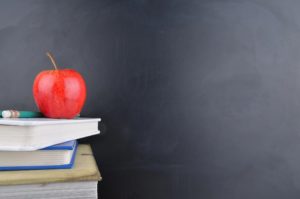 Let’s go back to the classroom for a moment please…

Do you think its possible that a teacher who empowers their students to give themselves an “A” may also show up differently in the class?

How different would their experience teaching be if each person in their classroom were sure thing “A” students.  In turn they would act, approach, prepare, and so on accordingly and in sync with their audience.

What a powerful combination that would be!

The teacher sees each and every one of those pupils as successful, because he too has likely written a letter to himself for the end of term about how he had a classroom full of “A”s as well!

How would giving yourself an “A” add value and vibeage to the goals you wish to achieve?

I use cookies to customize content and give you the best experience possible. If you continue to use my site, I'll assume you're happy with it :) Find out more.