Grief can arrive like the rolling in of black clouds before a storm.

Grief can make your brain feel stuffy like a full blown head cold.

Grief can make your physical body feel as if you are walking through mud.

Grief can contract your emotions so tight you feel like you are waiting for the bomb to blow.

Grief feeds on and morphs into the very monsters hiding in the closet or under the bed.

Grief sensitizes us to ourselves and others.
Grief is the great lecturer on the past;
Grief is the shoulda, coulda, woulda.

Grief is the judge and the jury;
and given permission grief can be the jailer.

Grief is in the darkness.

Grief is in the light.

Grief does to you anything it wants…if you allow it.

I wrote the poem above just prior to the fourth year memorial of my husband dying by suicide. And this was still a significant, (at times), part of our lives. My girls were now 12 and 14 years old and it was hard for me to disseminate whether what they were experiencing was filtered through their grief and trauma or was this what having two teens was going to be like.

Looking back today, 2022,  it was both of those things–coupled with what would would evolve into their own mental wellness journey.

I didn’t know at the time, but maybe I did know that their ‘teenager’ expression was more than just pushing their limits. I wanted to believe so fervently that this was them being teens and not something more, bigger and different.

In 2009, when my husband died, nobody was talking about grief, as they now are in the last few years. What was once, I want to say taboo but that isn’t correct, less taboo and more impolite, to talk openly about– is evolving to be more acceptable to bring from out of the darkness into the light.

What I did find then…was that the people discussing it were too academic or talking about loss in a clinical versus relatable manner. The people I came across didn’t look like me, as in my peers or demographics:  my age/cause of grief/with two kids etc.

Let me back that up. It was primarily the cause of death, the un-diagnosed mental illness (fatal depressive episode/suicide), and therefore cause of grief.

And I wanted to talk about it. Not all day ad nauseam. But it was a significant life event and I wasn’t pretending it didn’t happen and was open to people asking me questions about my grief experience and also I said the word suicide–out loud.

Because grief is Frightening! Losing someone can be a navigational nightmare and NOBODY knew…

fearful of doing the wrong thing–for the same reason.

And I got that. I was okay with that. That was the societal norm.

So grief, especially a loss by suicide, then versus now was to be dealt with privately. And that is what I tried to do, except I blogged sometimes about it, so not very private.

I turned to the tools I had and trusted to help me, us, during these cloudy times. Feng Shui

What does Feng Shui have to do with grief? For me it was everything.

Feng Shui is certainly not renowned as a tool for dealing with your grief, but it was for me. And death is not the only life experience that can perpetuate someone grieving, you can find my incomplete list of grief events here.

Why? Feng Shui has been an integral part of my wellness in all ways. Today I can call it a combination emotional self regulation strategy and somatic process for me (the decluttering, moving physical things in my home).

By 2013 I had already been emphasizing my Feng Shui focus on how I was thinking and feeling about the areas of the bagua map, first before I focused on the physical things in my home.

I had recognized that if a certain area felt blocked, I could intentionally move things in order to make the room flow easier – but if I hadn’t intentionally changed my thoughts then I still had a kink in my vibe. Which led me to starting with my thoughts and feelings first; then to where the energy wasn’t flowing in my home.

I would use the bagua as my template, putting what I wanted to shift at the core then affirm that shift in the other life areas to correspond and support what I intended to change. If I was called to move things in my home, I did and sometimes not. On some occasions I was first drawn to move the physical things then was able to shift my thought/feeling energy. It is a balance of yin and yang after all.

So what now…………….(Inhale Peace)
I choose Gratitude (Exhale Love)
I choose Lovingkindness. 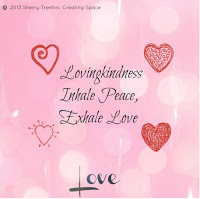 The days leading up to the memorial date were not filled with Lovingkindness.  Nope they sure were not.
I was channelling the power of anger and depression.  The uninvited flashback moments of 4 years ago running through my  mind.  The details as crystal clear as if it were all happening in present moment.  I could feel it in my body, I could smell it, I could taste it.  I could hear the question, “Why?” being asked by myself and others.  I was generating a vortex full of wrath and fury fueled with sadness and loss.

I was feeling "without".

Then, I would look at my daughters and the storm would pause, the turbulence would sigh with dismay at losing momentum.
The morning of the memorial day I woke up feeling lighter.  Feeling partly cloudy rather than an impending storm.  I asked the girls what happy story they were thinking of about their Dad.  I saw their father in their faces.  I invited private flashback moments of their births, of stories of our lives with him.

And I began to feel gratitude. I was feeling "with". 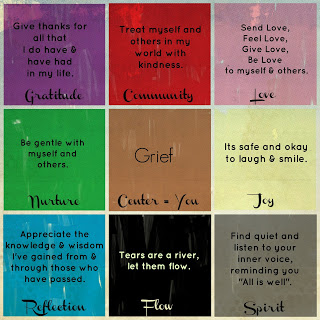 Knowledge & Self Cultivation/Reflection: Gratitude for what we had with him in our lives.
Health & Family/Nurture: Over a comfort food breakfast we shared stories.
Wealth & Prosperity/Gratitude: Looking around our ecosystem and feeling Blessed.
Fame & Reputation/Community: Choosing kindness over bitterness.
Love & Relationships: Inhaling Peace and Exhaling Love.
Children & Creativity/Joy: Went out for lunch and shared laughter and fellowship.
Helpful People & Travel/Spirit: Reminded myself that I am supported.
Career/Flow: Allowed myself to let go.
The mixing of Gratitude with Grief is like trying to blend oil and water.
Grief being the oil at the top not allowing the water (Gratitude or Peace) to mix in.  You can shake the jar as long and hard as you want and in the end the oil will always float to the top.
We can not change the physical properties of oil and water, however what we can do is change our perspective.  Perhaps the oil is the Gratitude and the water is the grief?  Its possible, if we allow it.
Everyone has their own process in coping with and moving through grief. And as each year passes I’d love to say that it gets easier; however what I will say is that it gets different.
I consciously choose to be open to what is possible.  Grief can rise to the top on any given day.
I’m not looking to close the door on grief for myself or my daughters, I am however always open to creatively approaching this memorial day or any other day that grief appears.
I’m grateful.  I’m grateful to be here to hug my girls, to love my girls and send love to everyone who has lost.
Its safe and okay to be sad and miss our Dads,
Its safe and okay to love and miss our Dads,
All is well.
Inhale Love,
Exhale Peace
and repeat.

If my reflection on grieving resonated with you and you want to talk about your experience with me.

Let’s do that! Soon… 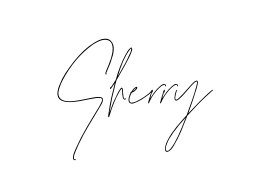